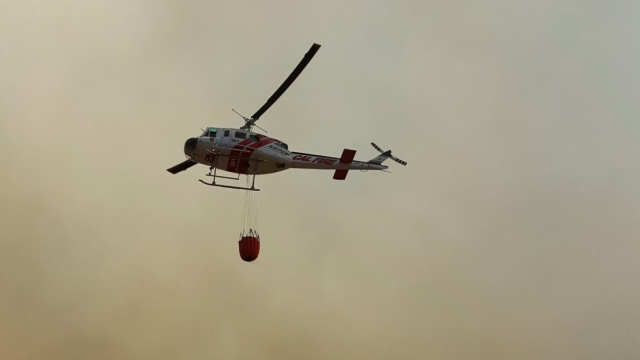 Wildfires in Southern California are burning across hundreds of acres.

As of Sunday morning, the state's fire department estimates there are eight fires in the region that haven't been completely contained.

The fires have caused thousands of residents to be evacuated from their homes, and others have been left without power.

The cause of some of the fires is still under investigation. At least one in the Los Angeles suburb of Calabasas was caused by a driver hitting a power pole.

The state's governor has repeatedly linked climate change to the increase in fires, but scientists have been wary to make that link.

In fact, some researchers say climate change could decrease the amount of fires because it decreases plant growth.