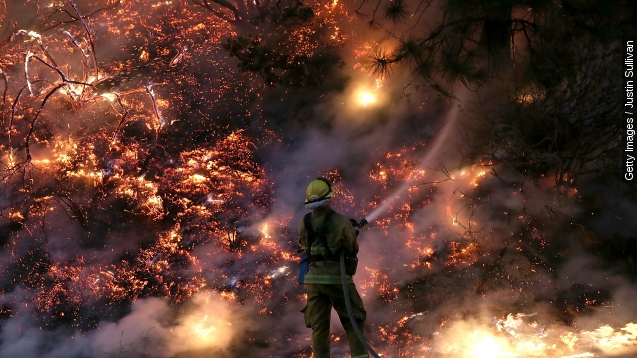 Firefighters are still working to put out a wildfire threatening Napa Valley, California, which has already spread over 7,000 acres.

NBC reported over 1,800 firefighters had 55 percent of the fire contained Saturday, and a mandatory evacuation order has been lifted — though the area's hills have been major obstacles.

A spokeswoman for the California Department of Forestry and Fire Protection told the Los Angeles Times: "Crews are having to hike way into there. ... It's not like we've had fire engines driving right into where the fire's at."

This map from the department shows just how bad the state's wildfire problem is; few current wildfires have been contained.

This is California's fourth year in a row of severe drought, creating the perfect conditions for fires to spark and spread.

According to USA Today, wildfires have already burned a total of 5.5 million acres in the U.S. this year — the highest total since 2011.