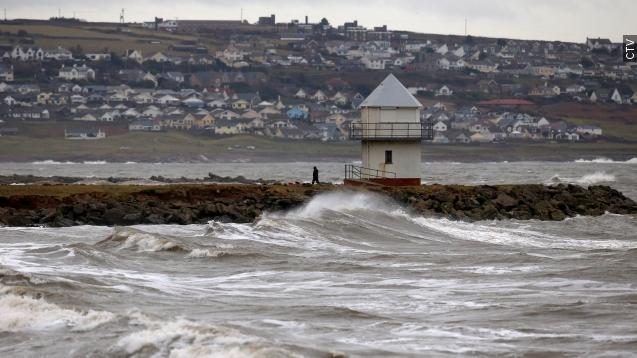 SMS
Calgary Boating Accident Leaves 1 Dead, Another Missing
By Lexie Hammesfahr
By Lexie Hammesfahr
August 5, 2015
A boating accident in Calgary, Canada, left one woman dead and her fiance missing. The couple were getting married later this month.
SHOW TRANSCRIPT

Several hours after a couple went out on lake near Calgary, Alberta, Sunday morning, another boater found the couple's boat adrift and empty.

Gord Ouellete told CTV he searched for signs of the couple while his wife stayed with their stranded dogs, which were severely dehydrated.

"My son-in-law noticed this, looked like a yellow bag. ... That's when we discovered the girl, floating about 2 feet below the surface," Ouellete told CTV.

The woman, Kamber Lindenbach, was not wearing a life jacket. And even though her body had been discovered, the authorities were still looking for her fiance, Wayne Stertz.

Police presume Stertz drowned after a thorough search of the lake turned up nothing.

Adding to the tragedy, the couple were getting married later this month.