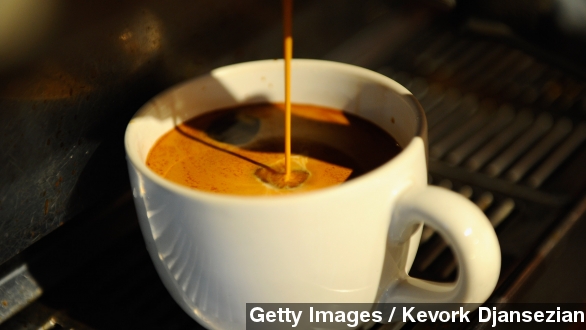 A new study is giving us one more reason to enjoy our daily cups of joe.

Researchers found the more caffeinated coffee you drink, the lower your risk of developing the deadliest form of skin cancer: malignant melanoma. (Video via CBS)

Melanoma is the fifth most common cancer and can quickly spread throughout the body if it's not detected early.

Study authors say it's the caffeine that's at play here. Some evidence suggests caffeine might act as a sort of sunscreen by protecting DNA from damage when it comes in contact with UV rays.

In 2012, researchers found caffeine might lower the risk of developing the most common form of skin cancer, basal cell carcinoma.

The authors of that study also mentioned previous research suggesting caffeine could block the formation of skin tumors. But at that time, researchers did not believe caffeinated coffee intake affected melanoma. (Video via ABC)

Researchers say although coffee might lower your risk of skin cancer, the best way to avoid the disease is to avoid ultraviolet radiation.