Cablevision Deal Shows Getting HBO Now Might Be Tricky 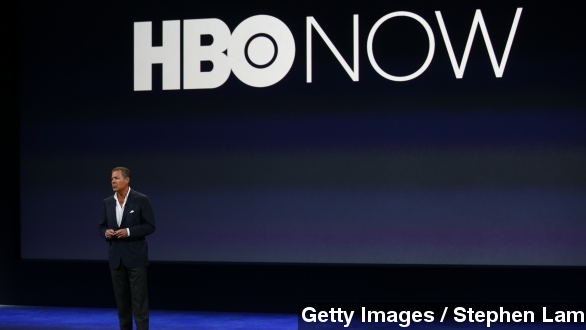 SMS
Cablevision Deal Shows Getting HBO Now Might Be Tricky
By Ben Lawson
By Ben Lawson
March 16, 2015
Cablevision has agreed to sell HBO Now to its internet customers, but it seems like the service is still too hard to get.
SHOW TRANSCRIPT

Cord cutters might be anxiously awaiting HBO Now, but the subscription video streaming service is starting to seem like it's overly complicated to get, if you don't have an Apple TV that is.

Making things a little simpler is Monday's announcement that Cablevision will sell Now over its Internet service, Optimum.

But even so, Cablevision is the first pay-TV provider to offer to sell Now, and it doesn't look like HBO plans to sell the service on its own.

The company told The Verge if you want to get HBO Now you are going to have to find one of it's partners who sells it, meaning you can't just go to the web site and sign up.

HBO want's Now to go live in time for the "Game of Thrones" premier in April, and other than pay TV providers, an Apple device will be the only outlet you can watch it on.

Meaning it won't be available on Roku or other set top boxes for at least three months after launch.

HBO is treading carefully when it comes to launching Now. The company wants to adapt to the changing television landscape but is likely afraid of angering its partners who worry that the streaming service will decrease the value of an existing cable subscriptions.

Apple is selling the service at $14.99 a month, but it's not clear if Cablevision will offer that same deal.