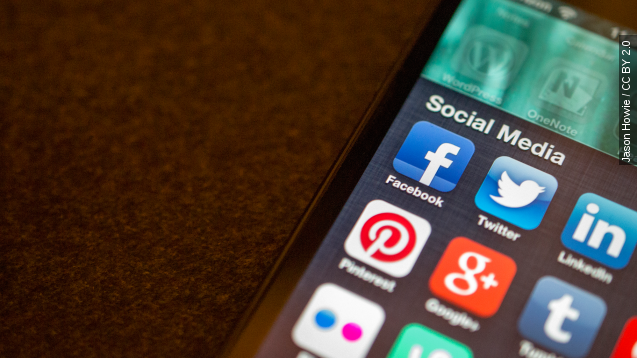 The shooting death of two journalists aired Wednesday during a live TV broadcast, but it also auto-played on countless Twitter and Facebook feeds.

The version seen on the social sites was more graphic, though, because it was from the gunman's perspective. And the posts were accompanied by more information that, at the time, not even local law enforcement had obtained.

Like the fact the alleged killer was actually Vester Lee Flanagan, a former employee of the TV station — on-air, he was known as Bryce Williams. He even cited his reasons for killing the reporter and cameraman. (Video via MSNBC)

Seeing this sort of graphic material has happened on live TV before, like in 2012, when Fox News accidentally aired a suicide when it was broadcasting a police chase in Arizona.

But in Wednesday's scenario, viewers didn't even have to turn on the TV to see the shooting, because Williams' social media posts quickly spread thanks to autoplay and an algorithm that prioritizes content based partially on interaction. (Videos via Facebook, Twitter)

The videos weren't on the sites for more than a few minutes before Williams' accounts were removed, but by that point the posts had been retweeted, shared and embedded. That means a lot of people were about to unknowingly watch the shooting, all due to how easily a post can spread on social media — and how automated that process is. (Video via WDBJ)

Those social sites worked the way they're designed to: helping potentially viral content reach a larger audience. That's why advertisers invest in social — and how money is made. Even if that content isn't something people want to see.