Buzz Aldrin Has A Plan To Help Us Get To Mars 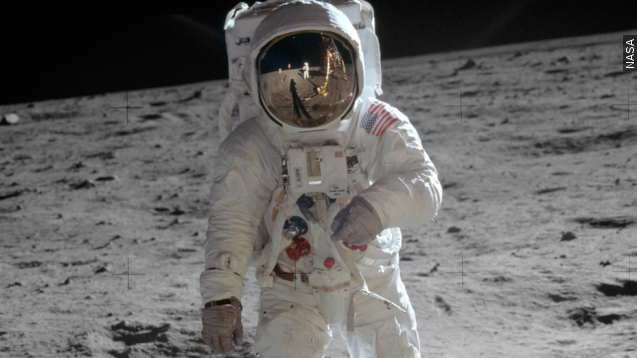 SMS
Buzz Aldrin Has A Plan To Help Us Get To Mars
By Evan Thomas
By Evan Thomas
August 28, 2015
Former astronaut Buzz Aldrin has joined Florida Institute of Technology faculty to research the process of getting to Mars.
SHOW TRANSCRIPT

Some people go to Florida to retire. Buzz Aldrin is there to figure out how to get to another planet.

Aldrin has joined the Florida Institute of Technology to spearhead its Mars settlement research efforts.

He’s faculty now: a research professor of aeronautics. His qualifications include a doctorate of science from MIT and, you know, being the second person to walk on the moon. (Video via WOFL)

FIT’s new Buzz Aldrin Space Institute will focus on a concept Aldrin calls "Cycling Pathways to Occupy Mars." It outlines a step-by-step mission chain to get humans to the red planet. (Video via Florida Institute of Technology)

"The proposed architecture establishes pathways of progressive missions to cis-lunar space, asteroids, Phobos, and eventually to the surface of Mars."

"And I expect that the Space Institute will — I hope — feed its input into NASA through the NASA advisory council," Aldrin said. (Video via Florida Institute of Technology)

In other words, Aldrin isn’t proposing FIT start up its own space program, but throw its resources behind existing ones.

That’s for the best, because getting to Mars will take an enormous amount of resources and capital.

Remember how the nonprofit Mars One proposed a permanent human colony on Mars by 2027? (Video via Mars One)

Independent analysis by researchers at MIT showed its plans came up many billions of dollars short, and relied on technologies that haven’t even been developed yet.

SpaceX has eyes on Mars, too. Or Elon Musk at least sees it as a necessity. He envisions humans on Mars within 10-12 years. (Video via SpaceX)

"The thing that really matters long-term is to have a self-sustaining city on Mars. To make life multiplanetary," Musk said in a CNBC interview. (Video via CNBC)

But exactly how — and how much that might cost — SpaceX still hasn’t said. In January, Musk said his company would lay out plans for its Mars Colonial Transporter sometime this year.

NASA, meanwhile, has arguably the best shot at actually making it work. (Video via NASA)

SpaceNews reports its plans look a lot like those Aldrin has laid out: before it sends astronauts to the Martian surface, NASA will run proof-of-concept tests between Earth and the moon, and in Mars' orbit.

If they go according to plan, NASA says humans could land on Mars by the mid-2030s.