Buying An Operating System Might Be A Thing Of The Past 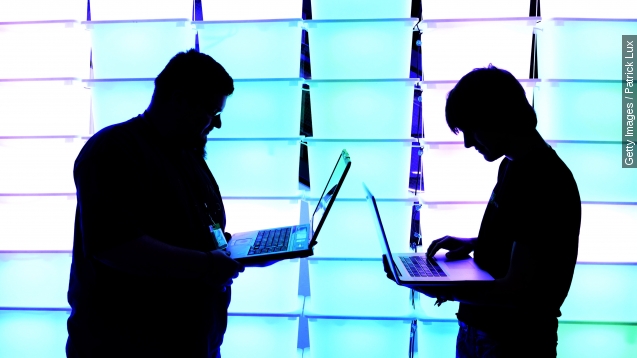 SMS
Buying An Operating System Might Be A Thing Of The Past
By Leah Becerra
By Leah Becerra
June 22, 2015
Apple and now Microsoft offer free upgrades to their newest operating systems. If this trend continues, will full versions also be free in the future?
SHOW TRANSCRIPT

Gone are the days of purchasing an operating system to stay up to date after a new version comes out — at least that's what it seems like.

Now, Microsoft is letting users upgrade from Windows 7 and 8.1 to Windows 10 for free — as long as users install the OS within a year after July 29.

Apple has also in the habit of making all OS X upgrades free — including El Capitan, which is being released this fall. Also, for Mac users, it doesn't matter how old their OS is — they can always upgrade.

Although, the closer the former Mac OS is to the new release, the easier the transition likely will be. (Video via Apple)

So, if Apple and Microsoft — the two companies dominating the computer world as we know it — are both giving away operating system upgrades, what is the world coming to?

If the answer is an OS free-for-all, we totally support that. (Video via Apple)

Keep in mind, Linux has been doing this for years. Granted that operating system is open source — meaning anyone can contribute to its advancement — so charging money for it would be all sorts of wrong. (Video via IBM)

For Microsoft in the past, poor sales have pushed the company to be more flexible and do things it was initially against. Like last year when it finally launched Office for iPad after abysmal PC sales in 2013.

Meanwhile Apple's sales for desktop and laptops have not dropped, but the company did announce a new OS every year beginning in 2011 with the release of Lion.

If Apple users had to pay to upgrade software for products every year, the Cupertino, California, tech giant would have a difficult time keeping customers this happy.

These external factors could've aided the decision to offer free operating system upgrades, but Linux's continued success behind the scenes might also have been an ingredient.

And those are just a few examples of — arguably — how much more successful Linux has been while not making people pay for different versions of its operating systems.

With all these free upgrades, it's not a stretch to assume one day in the not-so-distant future, consumers might be able to get full versions of an OS for free — no upgrade required.