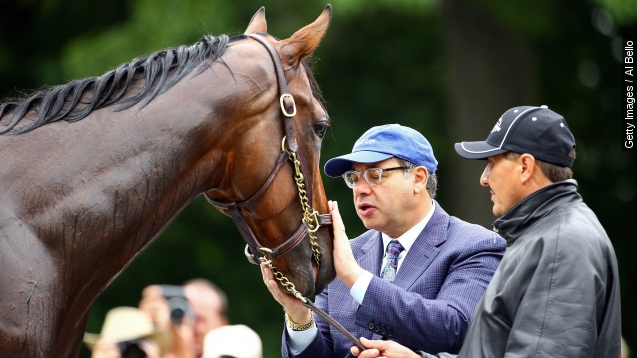 American Pharoah is owned by Ahmed Zayat, and he's already paid off many times over, Triple Crown or not.

Zayat initially invested $300,000 in his thoroughbred. And so far, that horse has brought in more than $3.7 million in earnings before his Triple Crown victory.

That's certainly good news for Zayat, but his investment in Pharoah is actually well above what some of his predecessors are estimated to have paid for their contenders. (Video via NBC)

But obviously everyone can't be a winner, and entering into the thoroughbred industry is quite the gamble itself.

MarketWatch reports the average cost of a thoroughbred at auction is just over $60,000, and the annual upkeep of that horse can be more than $50,000. (Video via Bloomberg)

The purse for Belmont Stakes pays out $800,000 for the first place finisher, which sounds great for that one winner but not so good for the more than 25,000 thoroughbreds registered each year. (Video via SB Nation)

But Zayat has proven rather adept at playing those risks —since 2000, horses from Zayat stables have brought in more than $43 million from various races.