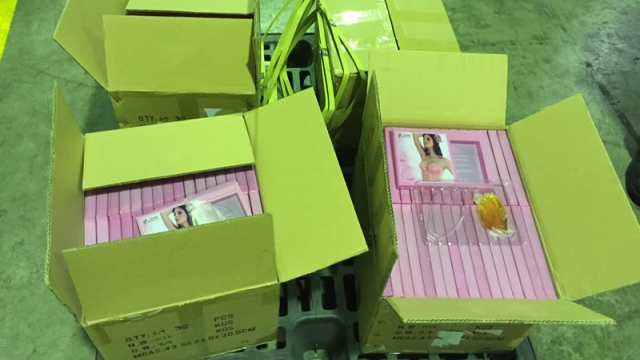 Millions of dollars worth of liquid meth was seized by the Australian Federal Police, and some of it was smuggled into the country with push-up bras.

Officials say the bust was worth more than $1 billion Australian dollars, making it the biggest liquid meth bust in Australia's history. The estimated street value of the drugs in American dollars — about $900 million.

In late December, officers searched four different locations and turned up about 140 gallons of liquid methylamphetamine hidden in art supplies.

During a search the day after Christmas, officers found another 50 gallons of liquid meth, but this time it was hidden in "thousands of silicon bra inserts" shipped from Hong Kong.

AFP arrested and charged four people, three from Hong Kong and one from China, in connection with the drugs. If convicted, all four could face life in prison.