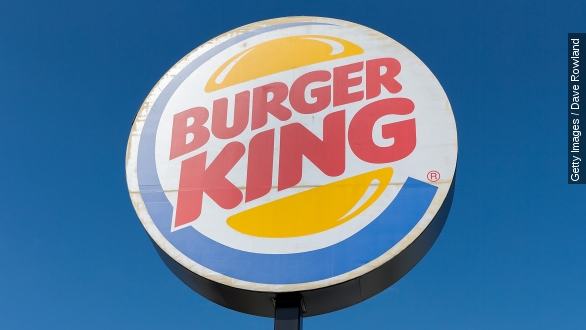 Fast-food workers staged protests worldwide on Wednesday as part of a "Fight for 15" campaign, demanding a $15 minimum wage for workers.

While that may sound like a good deal for some employees, Burger King co-founder David Edgerton, who now sits on the board of a nutritional product company, is very clearly against it.

Speaking to Time on the day of the protests, Edgerton said, "What's going to happen, really, is you're going to see less and less of the quick and dirty kind of places. ... I see a lot of $10 hamburgers arriving on the scene."

"It's on the King Deals Value Menu, so it's a dollar."

Essentially, what the 87-year-old King co-founder is saying is that higher wages will lead to the eventual death of the dollar menu.

But fast-food joints may not have a choice as other companies, such as retail giants Walmart and Target, have already agreed to raise their wages. Even McDonald's has said it'll raise wages to $9 an hour.

Entire cities such as San Francisco and Seattle have passed laws gradually raising hourly minimum wages to $15, too.

As for what Edgerton would do if he were still in charge of Burger King? He explained to Time he'd try to "educate" his employees, saying: "I'd certainly try to get them into a situation where they can be educated about the total picture. They're in there thinking we’re just screwing them on the price and blah blah blah and making all kinds of money."

That's one way to do it, though we're pretty sure we know how workers would react.