Bundy Brothers, Others Found Not Guilty In Wildlife Refuge Standoff 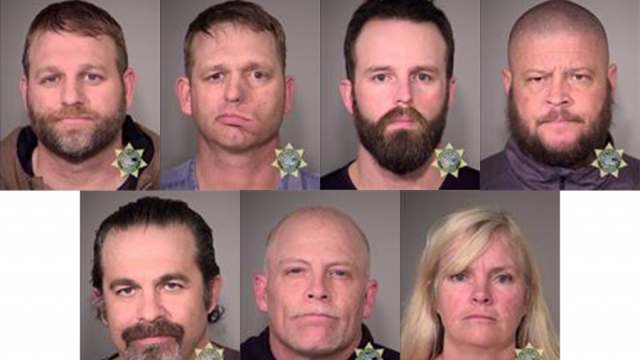 Seven people charged in a 41-day standoff at an Oregon wildlife refuge have been acquitted.

Brothers Ammon and Ryan Bundy as well as five others had faced conspiracy charges. Several of them also faced theft and firearms possession charges.

They were found not guilty of those charges, while a hung jury was declared on Ryan Bundy's theft charge.

They were part of a group — who the local sheriff described as "outside militants" — that decided not to leave after staging a protest at the Malheur National Wildlife Refuge Headquarters in January.

At the heart of the standoff: federal land management. They want local authorities to control federal lands.

Hundreds had reportedly gathered to protest the conviction and sentencing of a father and son for setting fire to federal land.

One man was killed during the standoff in a confrontation with authorities in late January.

Although the Bundy brothers weren't convicted in Oregon, they're not completely off the hook.

They face charges in Nevada for their alleged involvement in an April 2014 armed standoff with federal authorities at their father's ranch.