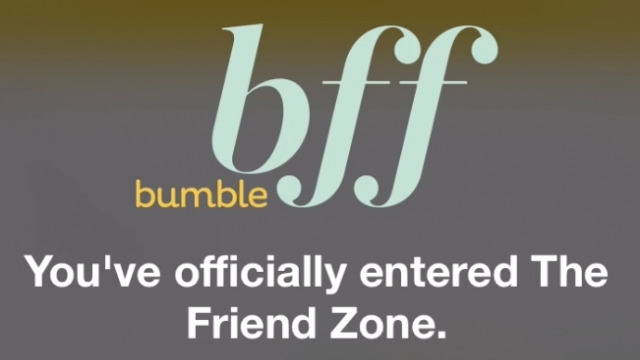 You know that feeling when you move to a new city and you immediately wish you had Kimmy Schmidt's ability to make friends with random people?

Bumble has an answer for that. The dating app has released a new feature called BFF specifically for when you're looking to be friend-zoned.

The feature makes Bumble the first dating app to branch out from strictly the dating world, and it allows the company to lead the pack of dating apps in innovative ways.

For now, Bumblers will use the same profile they would for dating — though the company plans to release a dual-profile version in the future.

So feel free to befriend that Bumble match quickly because that potential partnership could be out the door in a day.

This video includes footage from Bumble.