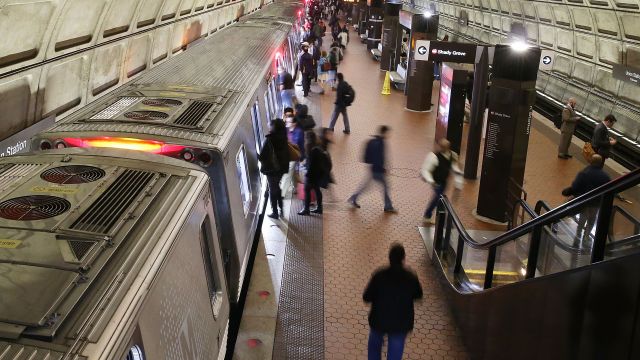 "If you take a city that starts with a train system, you can encourage development around that train system," said Karen Weigert, senior fellow for global cities at the Chicago Council on Global Affairs.

Transit-oriented development is a strategy that can improve access to public transportation and create more walkable cities. This type of development places higher-density housing near public transit, offers fewer car parking spaces and may include bike amenities.

"That is great for a lower cost of living because you don't have to own a car," she said. "It's also great for the businesses that might be walkable."

But public transit in the U.S. doesn't reach everyone.

"There are lots of places where having a car is the standard and where you really can't get from the place you are to the place you want to be," Weigert said.

Forty-five percent of U.S. households don't have access to public transit, according to a 2013 report from the American Society of Civil Engineers.

"So maybe you have to drive to a place but then there's that one walkable block, where you can go to a restaurant, go to a store, go to the library," she said. "More and more cities and more and more suburbs are creating those smaller walkable places."

"All of that comes together to make a really vibrant city that can be lower carbon," Weigert said.

This video includes images from Bobak Ha'Eri / CC BY 3.0 and Getty Images.