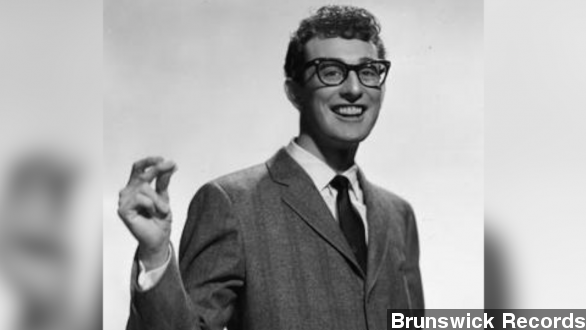 Officials with the National Transportation Safety Board say the agency could reopen its investigation into the plane crash that killed musician Buddy Holly in 1959.

"The plane took off on Feb. 3, 1959, in heavy snow from the Mason City Municipal Airport in Iowa. It crashed into a field in the town of Clear Lake less than four minutes later," CBS reported.

The Des Moines Register reports L.J. Coon, a retired pilot in New England, is requesting the NTSB revisit its analysis of the accident. Coon wants the board to look into whether the small plane's rudder controls and fuel system played some part in the crash.

NTSB spokesman Eric Weiss told the Register: "Our cases are never closed, and we get these from time to time. The key is if there is new information not previously considered by the board."

The cause of the crash was originally ruled pilot error, attributed in part to snowy conditions. Holly, the pilot, and musicians Ritchie Valens and J.P. Richardson died in the crash. (Video via The Biography Channel)

Jeff Nicholas, who now owns the property where the plane went down, told KIMT others have prompted the NTSB to return to the case before.

"This happens periodically. There is just so much interest in the guys' legacy," he said.

A writer for Minnesota Public Radio is skeptical, though, saying, "The NTSB is nowhere near ready to reopen the investigation."

Either way, The Des Moines Register reports it could be several weeks before the NTSB arrives at its decision.

This video includes images from Dsapery / CC BY 3.0.