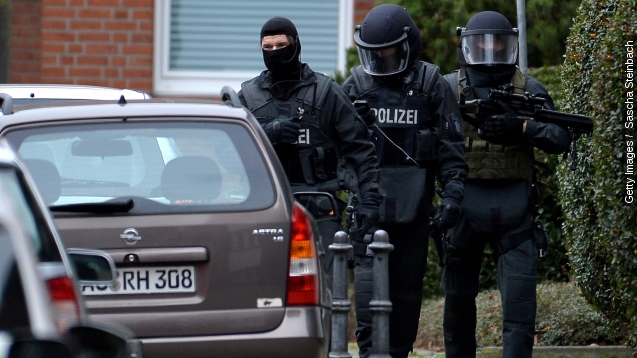 SMS
Brussels Placed On High Alert Over 'Serious' Terror Threat
By Ben Lawson
By Ben Lawson
November 21, 2015
Authorities are encouraging people in Brussels to avoid crowded areas amidst a "serious and imminent threat" of a Paris-style attack.
SHOW TRANSCRIPT

The Belgian capital of Brussels is on its highest terror alert level due to fears of an attack similar to the recent ones in Paris.

The Belgian Interior Ministry is warning of "a serious and imminent threat" to the region and is advising the public to avoid spaces with large groups such as sporting events and train stations. The city's subway service is shut down.

Belgian Prime Minister Charles Michel said the alert was "based on quite precise information about the risk of an attack like the one that happened in Paris." (Video via European Commission)

This comes after police conducted several raids in Belgium while on the hunt for people suspected to be involved in the Paris attacks.

Two Syrians were also taken into custody. Authorities believe they were trying to help Dahmani get to Syria.

Officials are still on the hunt for Salah Abdeslam, who is believed to have participated in the attacks. According to multiple reports, Abdeslam is believed to be hiding somewhere in Belgium.