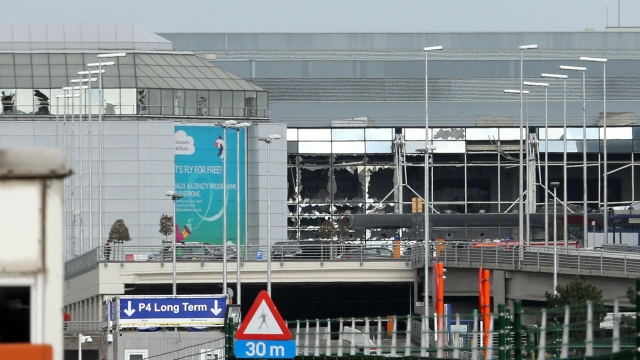 Brussels Airport has partially reopened the departure lounge roughly six weeks after the building was damaged by suicide bombers in an attack that killed 16 people.

During the opening ceremony Sunday, the Brussels Airport CEO lauded the reopening as "a technical and operational tour de force."

The airport began slowly reopening in early April. With the departure lounge open, the airport is back up to about 80 percent of its full capacity. The goal is to reach full capacity in June.

Since the attacks, doubts have been raised over Belgium's security measures. Prosecutors found that Belgian security services knew of the bombers' connection to the Paris attacks.

Belgium's interior and justice ministers offered to resign over the security failures, but their offers were refused by the Belgian prime minister.

Belgium has taken new measures against possible attacks, including giving the entire population iodine pills in case of a nuclear emergency.

This video includes clips from Brussels Airport and CBS and images from Getty Images.