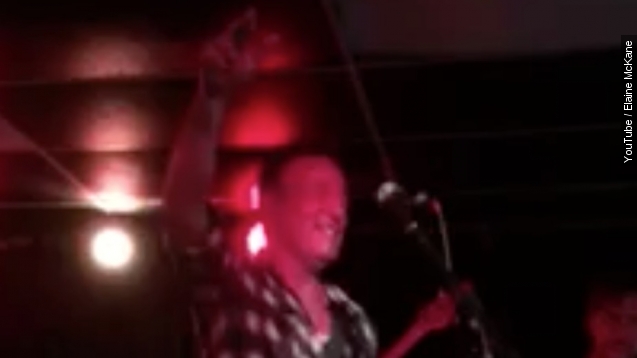 "In the street, this is for you!" singer Bruce Springsteen said.

The Boss sang "Light of Day," but the concert didn't end there. It went on for two hours.

And probably the biggest understatement of the year, the bar posted on its Facebook page: "Great show at The Wonder Bar tonight!!!" Pretty sure Springsteen deserves at least 99 exclamation points.

Springsteen performed 15 songs, and CNN spoke to the bar owner, who called it a "magical night."

This video includes footage from YouTube / Elaine McKane and music from Kevin MacLeod / CC BY 3.0.