Bruce Jenner's Story: A Timeline Of What We Know 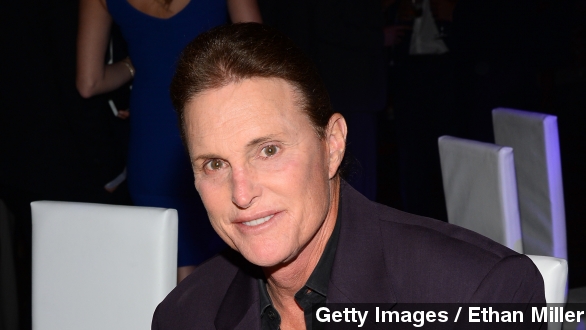 SMS
Bruce Jenner's Story: A Timeline Of What We Know
By Lauren Zima
By Lauren Zima
January 29, 2015
Kim Kardashian confirmed her stepfather is "going through" something. Here's what we know about Jenner's "journey."
SHOW TRANSCRIPT

On Tuesday, we heard this:

"I think Bruce should tell his story his way. ... What Bruce is going through, I think he'll share whenever the time is right," said Kim Kardashian.

The day after that ET interview hit: reports that Bruce Jenner has been filming a docuseries for E! chronicling this "journey." No air date is known, and E! hasn't confirmed a series.

Kim Kardashian's confirmation that Bruce Jenner is going through some kind of life change is significant. But no one from the family nor Jenner himself have clarified, and reputable media sources will only vaguely describe what's going on.

More bold outlets declare he's transitioning into being a woman. InTouch, for example, even controversially photoshopped his face onto the body of an actress.

Here's what we do know. In October 2013, Kris and Bruce Jenner separated after more than 20 years together.

They'd bickered on "Keeping Up With the Kardashians," and the split seemed amicable.

"We both decided we just want to be, first and foremost, family and friends," Kris said on the show.

And soon, the former Olympian's hair started making headlines. Jenner had always kept longer locks, but this was different. He credited his lengthening locks to celebrating his older age.

In February 2014, Jenner was seen out after having a procedure to shave down his Adam's apple. Us Weekly noted the procedure is often a step in gender transition, but Jenner said he simply didn't like his trachea.

And in the fall, more headlines: Bruce was allegedly shaving his legs. His hair was getting thicker and longer.

In September, Kris filed for divorce.

Yet in October, she dismissed the rumors about Bruce:

"Bruce. They show him, and say he's developing into a woman. Is that malarky?"

But in December, he made headlines for bigger, sparklier studs, and again, for the nails and ponytail.

There have been rumors that Kris Jenner is angry with her ex over the changes.

But support from his kids appears to be strong. On Jan. 19, Khloe Kardashian posted this photo to Instagram, dubbed simply, "family."