Britney Spears Will Make Bank In Vegas For 2 More Years 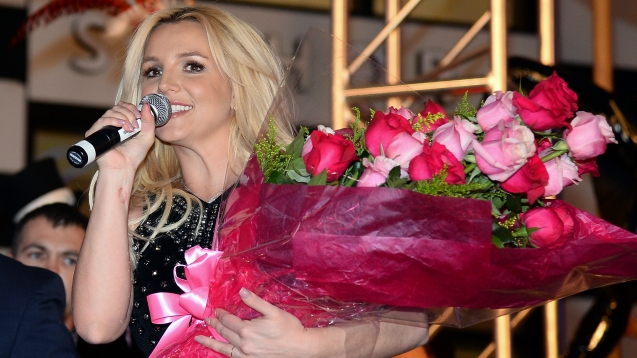 Then for two more years, you better work, Britney.

Wednesday night, Britney Spears dispelled rumors that she may ditch the Vegas strip and leave her "Britney: Piece of Me" show. (Video via RCA Records / Britney Spears)

Instead, the pop princess is clocking in overtime — revamping her set list, designing new costumes and dreaming up new props for her Planet Hollywood-based performance.

And with all that overtime, we wonder if Spears will get paid time and a half.

Spears is currently earning around $475,000 a show, making her one of the top earners with a Vegas residency.

She's possibly rivaled by Mariah Carey, whose super-secret Caesar's Palace salary is rumored to be higher than any note you'd hear in the song "Emotions." (Video via Columbia Records / Mariah Carey)

And even though we all miss python-draped Britney from the 2001 VMAs, earnings-wise, Spears' current salary is in the same ballpark as it was then, proving our homegirl's still got that spark that keeps the people paying. (Video via RCA Records / Britney Spears)

Tickets for Spears' added shows will go on sale Sept. 14. Here's to two more years of live, non-auto-tuned singing from the sound of a generation.