Prince George Is Up To His Adorable Antics Again, This Time In Canada 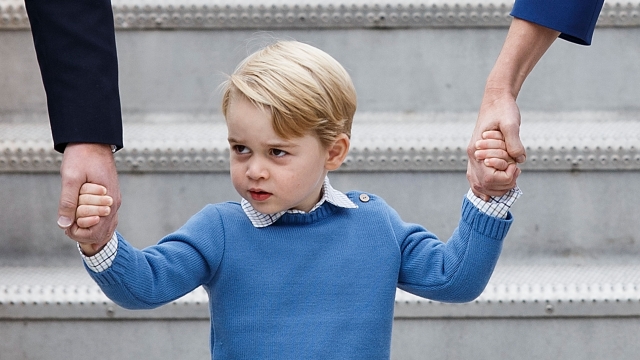 SMS
Prince George Is Up To His Adorable Antics Again, This Time In Canada
By Lindsey Pulse
By Lindsey Pulse
September 25, 2016
The 3-year-old wasn't having it when Canadian Prime Minister Justin Trudeau tried to give him a high-five.
SHOW TRANSCRIPT

On Saturday, the young British royal landed in Canada with his sister, Princess Charlotte, and the duke and duchess of Cambridge. The royal family is visiting the great white north for a royal tour.

A few of Canada's top officials greeted them in British Columbia. As per usual, the family went down the line to shake their hands. George seemed pretty into it — that is until Canadian Prime Minister Justin Trudeau wanted (or tried) to bro out with a high-five.

That high-five was denied, and after the rejection, 3-year-old George wouldn't even shake the prime minister's hand.

The young prince has been making headlines since before birth, and more often than not, those headlines tend to swirl around him doing normal toddler things.

In 2014 the duke and duchess took George to a zoo in in Sydney, Australia. Workers gifted George with a stuffed bilby, but he threw it to the ground. 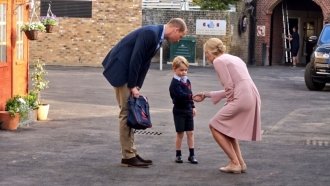 In April, George got to stay up past his bedtime to meet the Obamas, dressed, of course, in his matching pajama set.

And in July, photos released for his third birthday showed the young prince feeding ice cream to the family dog. That one actually stirred a bit of controversy.

Trudeau will probably get another chance to get a high-five from the royal toddler. George and his family plan to spend eight days touring Canada.