British Millennials Might Earn Less Than The Generation Before Them 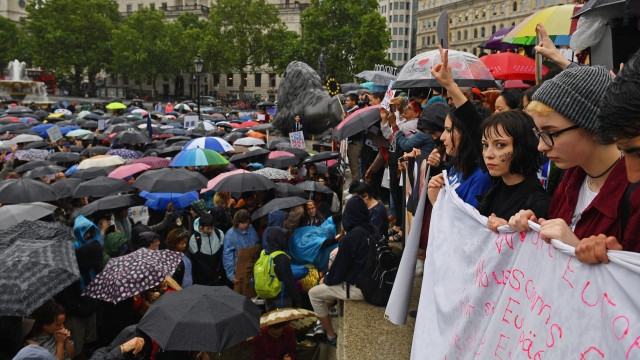 Millennials in Great Britain may become the first generation to earn less than their predecessors.

A study published by British think tank Resolution Foundation found — taking inflation into account — today's 27-year-olds are earning the same amount now as 27-year-olds did a quarter of a century ago.

Millennials in this case are defined as those born between 1981 and 2000. The study also looked at the two generations before them —  Generation X and the baby-boom generation.

The think tank estimates that Gen Xers, born between 1966 and 1980, will earn 21 percent more than baby boomers. But millennials aren't so lucky.

Researchers found, worse-case scenario, those in the younger generation could make 1 percent less than their predecessors.

That finding is based on a scenario in which millennials follow the same earnings trajectory as Generation X. The authors note that even if growth booms over the next few years, pay would still only be 7 percent more than Generation X.

The think tank cited the recession of 2008 as a contributor to lower earnings. But that's only part of the problem.

Earnings growth had actually halted before the financial crisis, in part, because of drops in both training for young employees and job mobility.

Earnings also aren't the only area where millennials are falling short. The study found that because they're more likely to earn less, they're also less like to accumulate wealth and more likely to be in debt.