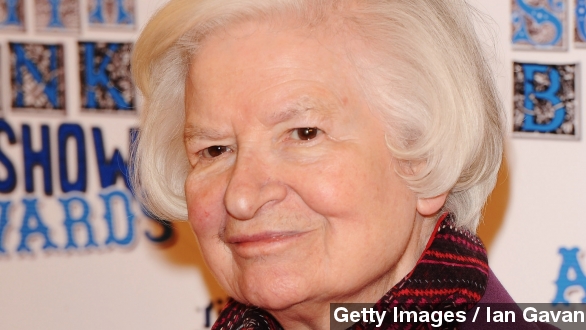 British crime novelist P.D. James — known as the “Queen of Crime” — has died at the age of 94.

James’ longtime publisher Faber & Faber reports she died at her home in Oxford on Thursday.

James wrote more than 20 crime novels over the course of her career — but she didn’t start writing until she was 40 years old.

“My husband came home from the war mentally ill, so I had to get a full-time safe job, and the years went by. The time came when I realized there was never going to be a convenient moment. I would have to make time, or I’d be a failed novelist,” James told the BBC.

James said she first wrote her famous crime novels — and the character of Scotland Yard Detective Adam Dalgliesh — to train herself for something beyond the crime story. (Video via BBC)

But she kept writing them, she suggested to The Guardian, because there was something compelling about them.

“I think it’s fascinating to see what you can do with it, and what remarkable novels are written within those conventions,” she said.

James won a number of awards for her work and saw several books made into movies and shows — "Children of Men" on the big screen, and television adaptations of several Dalgliesh novels. (Video via Universal Pictures)

James’ honors extended beyond the literary realm, as well. The New York Times reports in 1991 the UK appointed her Baroness of Holland Park, her London neighborhood.

She told the BBC “There will be a time to stop writing but that will probably be when I come to a stop, too."

James is survived by two daughters.