Brian Williams Resigns From Medal Of Honor Foundation Board 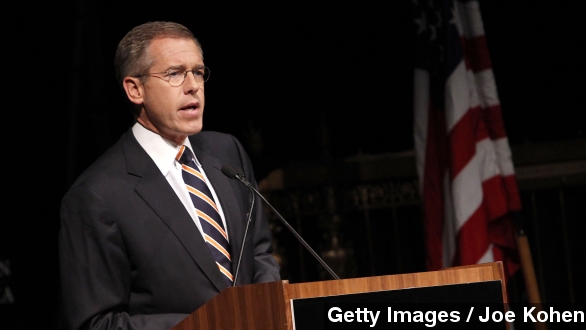 “The Medal of Honor: Our nation’s highest and rarest military honor," said Brian Williams in a 2009 Congressional Medal of Honor video.

Brian Williams is out of The Congressional Medal of Honor Foundation.

The foundation announced Williams’ resignation from the board of directors Thursday. The broadcaster vet had held the position since 2006.

The Medal of Honor Foundation is meant to highlight those still living who have earned the prestigious award, which is the highest military honor given in the U.S.

While no other information was provided by the foundation on Williams’ resignation, the announcement doesn’t exactly comes as a surprise.

Williams has faced relentless criticism when it was revealed he falsely said he was in a helicopter that came under fire during the Iraq War. Since then, other stories he’s reported on such as Katrina have come under suspicion.

The anchor received a six-month suspension without pay from NBC earlier this month. Williams himself was never a Medal of Honor recipient, he only served on its board of directors.