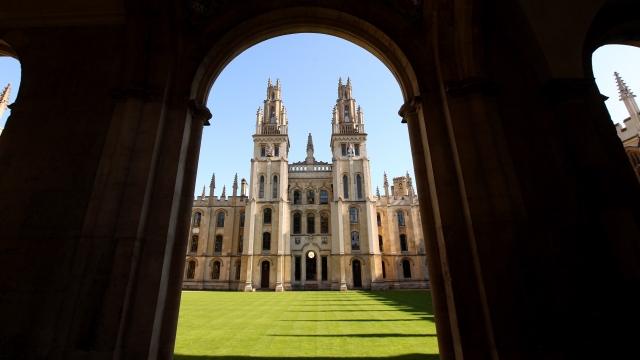 SMS
Brexit May Risk Britain's Health And Science Research
By Ryan Biek
By Ryan Biek
July 17, 2016
Scientific research has been one field where Great Britain has gotten more money out of the EU than its put in.
SHOW TRANSCRIPT

Brexit supporters have argued leaving the European Union will strengthen the U.K., but the country's booming research industry could be worse off.

A key argument for leaving was that Britain put more money into the EU than it got out.

But when it comes to scientific research, from cancer to biology, it's been the opposite trend. While the U.K. has been a top-five country in terms of publishing discoveries, it's recently ranked No. 20 for government spending on research.

The Guardian reports several researchers have already gone back on their plans to work in the U.K. because of the possibility of losing the EU's grant money. And losing scientists to Frankfurt, Germany, and Paris could become a trend.

According to the paper, the British government would have to pay about $660 million a year to make up for the lost funding from the EU.

Keeping EU grants may depend on the U.K. allowing freedom of movement for EU citizens –– something "Brexiters" were very much against.

Though some have argued there's a way the U.K. could negotiate with the EU to keep research funding and control migration.

Despite voting to, the U.K. still hasn't officially left the EU. The country's new prime minister has said she won't start the process before the end of 2016.