Brexit Is Messing With The Biggest Beer Merger In History 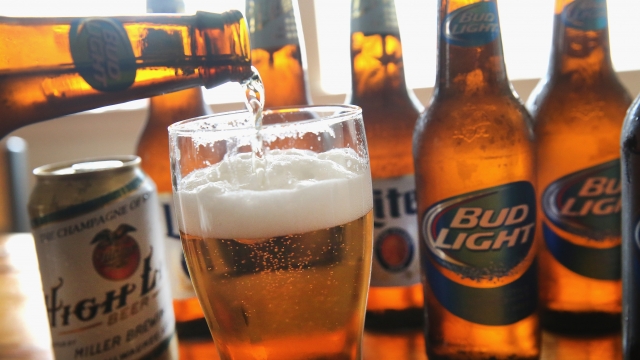 SMS
Brexit Is Messing With The Biggest Beer Merger In History
By Ryan Biek
By Ryan Biek
July 26, 2016
Anheuser-Busch InBev has been forced to give SABMiller a new merger deal.
SHOW TRANSCRIPT

The effects of the Brexit vote could be as far reaching as your fridge.

After already announcing a deal in November, Anheuser-Busch InBev is now having to raise its offer to SABMiller because the value of the pound has dropped so much.

The owner of Budweiser are now offering about $1.30 more per share than it previously had to the London-based brewing company.

But the new merger terms would still effectively give SABMiller shareholders roughly $4 billion less than the original November terms.

For that reason, some key investors for SABMiller still aren't keen about the new offer.

Roughly 20 percent of SABMiller's shareholders are in the U.S., but because the terms are set in pounds, their payout would still be worth less than they had expected.

After the contentious Brexit vote, the pound dropped to its lowest worth against the dollar in 31 years. Keep in mind, the U.K. hasn't even started the formal process of leaving.

SEE MORE: The Largest Beer Merger In The World Just Got Approved

Anheuser-Busch InBev is relying on this merger to expand sales outside the U.S. And if the deal doesn't end up going through, it still agreed to pay SABMiller a couple billion dollars.