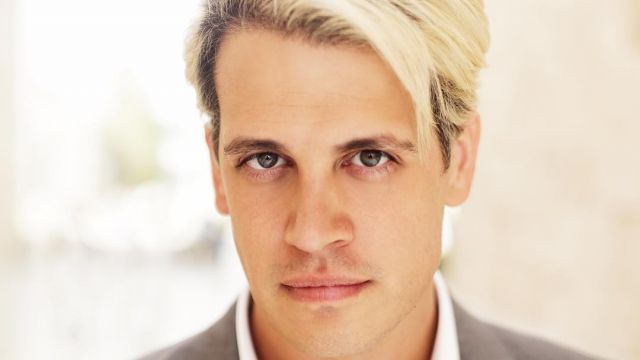 "It seems to me that Donald Trump, for all my endorsement is worth, is best placed to end the cancer of political correctness in this country," Milo Yiannopoulos said.

Conservative and controversial Breitbart columnist Milo Yiannopoulos will need to find a forum other than Twitter to post his thoughts from now on: He's reportedly been banned from the social media site for good.

Yiannopoulos' Twitter account got shut down around 10 p.m. Eastern time on Tuesday — not long after he fueled users to tweet incendiary, and in some cases racist, things at "Ghostbusters" actress Leslie Jones.

Eventually, Jones fought back against the abuse, sometimes posting screenshots of the tweets she was getting. She also called on Twitter to do something about it, and, as you can see, the company responded.

A spokesperson for Twitter said in a statement: "People should be able to express diverse opinions and beliefs on Twitter. But no one deserves to be subjected to targeted abuse online, and our rules prohibit inciting or engaging in the targeted abuse or harassment of others."

Despite his controversial tendencies, Yiannopoulos has a strong following from the far-right, in large part due to his outspokenness against political correctness.

"I give it 20 minutes and the statistics for black incarceration are about to go up," Yiannopoulos said while speaking at DePaul University.

In another post, he said: "Twitter just declared war on free speech — and, in the process, signed its own death warrant. The message to libertarians, conservatives and anyone who loves mischief, irreverence and fun is clear. You're not welcome any more."

This video includes a clip from YouTube / Milo Yiannopoulos  and images from Instagram /  milo.yiannopoulos and Getty Images. Music provided courtesy of APM Music.