Breaking Down The Toughest Best Actress Oscar Race In Years 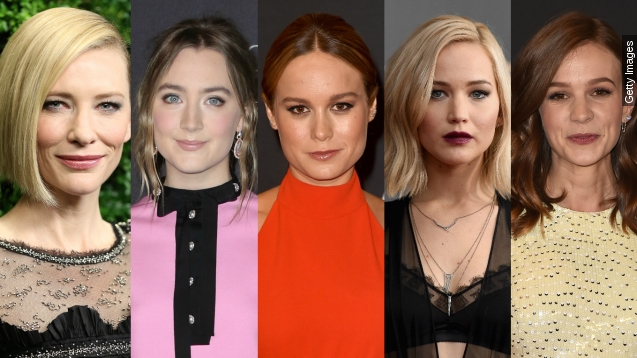 Dear 2016 Oscar race, I'm going to let you finish, but the best actress race is about to be the toughest in years. Let's talk about the major contenders.

Jennifer Lawrence is seeking a fourth nomination for her third David O. Russell collaboration, "Joy." Russell has helped J. Law earn two nominations in the past, and her place in the best actress race this year is all but official.

Cate Blanchett — a two-time Oscar winner — could receive a nom for one of two films: "Truth" or "Carol." She'll likely get the nom for "Carol," as that film all around has generated more Oscar buzz than the former.

Carey Mulligan could snag one of the five best actress noms for her leading role in "Suffragette." She hasn't seen any Oscar love since 2009's "An Education."

But the drama surrounding the film as a whole — including the controversial "I'd rather be a rebel than a slave" shirt worn for an article in Time Out London — could cause enough backlash for the academy to award someone else the top actress prize.

Brie Larson is, without a doubt, the woman to beat in the race. Her performance as Ma in "Room" has earned massive critical praise. An Oscar nomination would be the first one for her.

Larson has already been nominated for several awards for the role, including winning the outstanding performer of the year award at the Santa Barbara International Film Festival. But she is not alone in that win. In fact, this is the first time the award will be shared by two honorees.

That other honoree is Larson's competition — Saoirse Ronan. Ronan's role in the period drama "Brooklyn" has already won her the best actress award at the New York Film Critics Circle awards, along with a few other nods.

Ronan has been nominated once in the past in the best supporting actress category for her 2007 performance in "Atonement."

All of this being said, there are still some Oscar vets in the race vying to get into the five-person group of nominees. Among them are Lily Tomlin for her role in "Grandma," Maggie Smith in "The Lady in the Van," Charlize Theron for "Mad Max," Charlotte Rampling in "45 Years" and Sandra Bullock in "Our Brand Is Crisis."

Clearly, we're really just speculating until the nominations are announced Jan. 14. The Oscars will air Sunday, Feb. 28, on ABC.