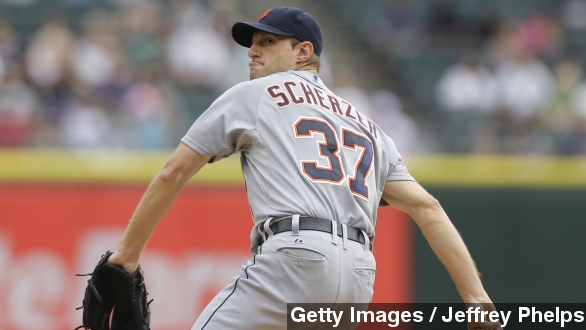 It's not exactly the math you were taught in high school — $210 million for seven years of work does not translate to $30 million a year for new Washington Nationals starting pitcher Max Scherzer. It will instead be about half that.

That's because Scherzer will be cashing checks for the next 14 years — until he's 44 years old and possibly not playing for the Nats anymore.

It's a unique deal that's gaining plenty of attention for how it's structured.

Basically, after factoring in Scherzer's $50 million signing bonus, the right-hander will earn about $15 million a year over 14 years.

SB Nation breaks it down into a mathematical equation. Simply put, the outlet writes it's similar to getting $180 million over seven years with no deferred money.

Considering some loopholes, Yahoo says Scherzer could avoid forking over about $20 million — thanks to his Washington, D.C., earnings not being subject to state income tax.

The Los Angeles Times writes 26-year-old Kershaw's deal last year, $215 million for seven years, is looking pretty good right now. "Would you rather spend $220 million on a player who turns 27 in March or one who turns 31 in July?"

Other outlets, though, highlighted one of the most infamous deferred-money contracts in the game's history — Bonilla's. Bonilla hasn't played in the majors since 2001 but is still cashing annual checks for more than $1 million from the New York Mets after a 1992 contract and later buyout agreement. He'll be cashing those checks through 2035.