Breach In Cease-Fire Agreement As Airstrikes Are Reported In Syria 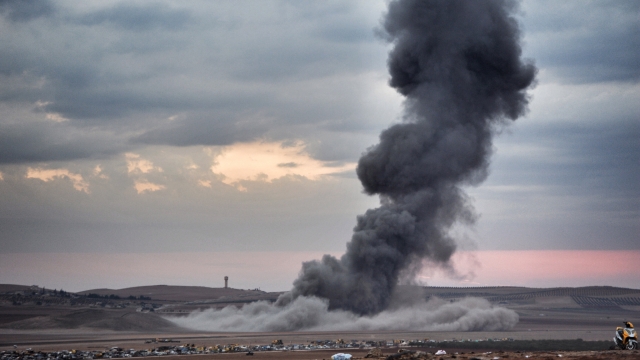 SMS
Breach In Cease-Fire Agreement As Airstrikes Are Reported In Syria
By Bell Johnson
By Bell Johnson
February 28, 2016
Despite a cease-fire, multiple reports claim airstrikes were carried out in Syria on the second day of the agreed upon truce.
SHOW TRANSCRIPT

Several groups are pointing fingers after some reported airstrikes were launched in Syria — and on just the second day of a temporary truce.

The Russian Defense Ministry reported nine violations during the first day of the agreement, and Syria's main opposition group claims a total of 15 violations were carried out by the Bashar al-Assad regime.

While the party carrying out the airstrikes is still unknown, the Saudi foreign minister and anti-regime groups are saying Russia and the Syrian regime are to blame.

Russian media says Syrian rebel groups could be to blame for attacks on Damascus.

The United Nations backed a temporary cease-fire between the U.S., Russia, Syria's regime and rebel groups –– but it doesn't include terrorist groups.

Despite a lot of finger pointing, Russia, the Syrian regime and rebel groups say they will continue to stick to the cease-fire.

This video includes clips from Local Council of Daria, Shahba Press, Al-Masdar, ITV, BBC and the United Nations and an image from Getty Images.