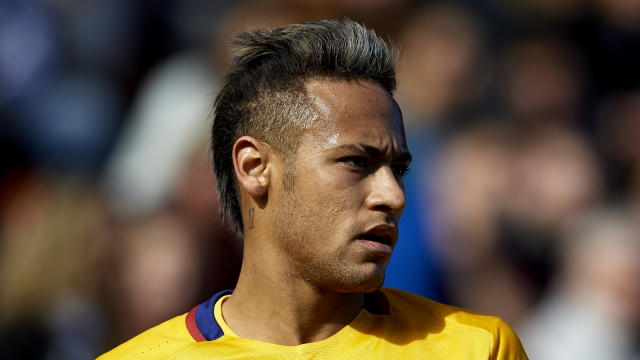 International soccer star Neymar is caught up in a tax evasion scandal, and it looks like his millions of dollars are going to be impacted because of it.

In 2015, Neymar — whose full name is Neymar da Silva Santos Júnior — was found guilty of evading roughly $16 million in Brazilian taxes from 2011 to 2013 when he played for Brazilian club Santos.

He appealed the decision, but the Sao Paulo court rejected it and, according to reports Monday in Brazilian media, started issuing freezes on Neymar's assets.

Those assets include the yacht he bought in 2012 and his private jet, which he reportedly bought for $10 million last year.

The 24-year-old Brazilian is one of soccer's biggest, brightest and most well-paid stars.

Forbes estimates Neymar's 2015 earnings at $31 million — $14 million from salary and winnings and $17 million from his many endorsements. That makes him the 23rd highest-paid athlete in the world.

His endorsement deals rank him behind just Cristiano Ronaldo and teammate Lionel Messi, respectively, as the most-endorsed international soccer players.

This video includes clips from Fox Sports, McDonald's and Nike and images from Getty Images.