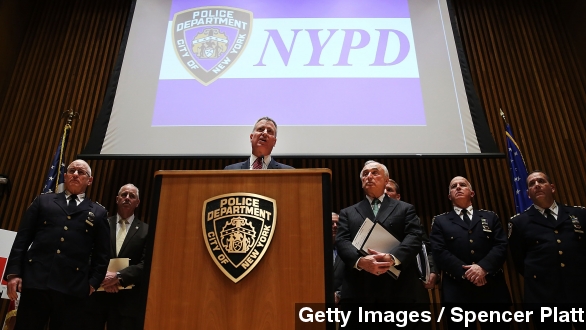 Sharp words from NYPD Commissioner Bill Bratton about the members of the NYPD who silently protested against New York City Mayor Bill DeBlasio at funerals for two slain police officers.

Bratton has condemned this kind of protest before. He sent a memo to the NYPD before Liu's funeral saying the protests "stole the valor, honor, and attention that rightfully belonged to the memory of detective Rafael Ramos," and asking officers not to demonstrate a second time.

The commissioner and the mayor touted several positive year-end stats about the NYPD at the press conference, chiefly a 4.6-percent reduction in crime.