Brady v. NFL Could Be Ending ... Sort Of 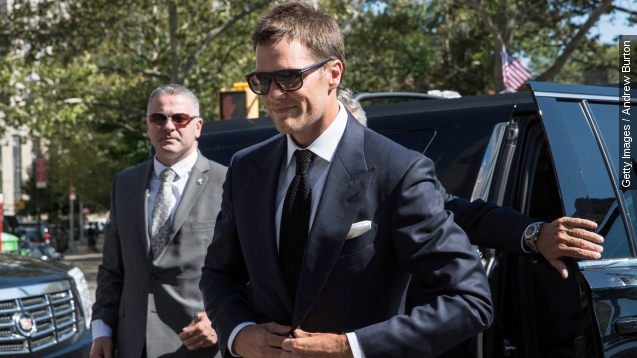 SMS
Brady v. NFL Could Be Ending ... Sort Of
By Ryan Biek
By Ryan Biek
August 31, 2015
The judge presiding over the Deflategate hearing says he could even make a ruling "from the bench," but even if that happens, is the feud really over?
SHOW TRANSCRIPT

Tom Brady and the NFL's lawyers are giving their final arguments in a hearing over the four-game Deflategate suspension.

In some ways, the ordeal is ending. Both sides want a decision by Sept. 4.

Presiding Judge Richard Berman said he expects to make his ruling before the start of the regular season. However, he can only uphold or completely overrule the four-game suspension.

Several sources have noted Judge Berman was critical of both sides, but especially so of the NFL.

A reporter for Fox Sports quoted Judge Berman, saying a settlement: "Seems like the logical and rational outcome. It doesn't mean it's going to happen."

Even when the decision is made, the losing side can appeal. If Brady got an injunction, he could play despite a ruling in favor of the four-game suspension because it wouldn't take effect until the appeal is heard.

The Patriots first regular season game is Sept. 10 against the Pittsburgh Steelers.

This video includes images from Getty Images and audio from CGI_Snake - Chris Zabriskie / CC BY 4.0.