Brace For The Vatican's Entry Into The Climate Change Debate 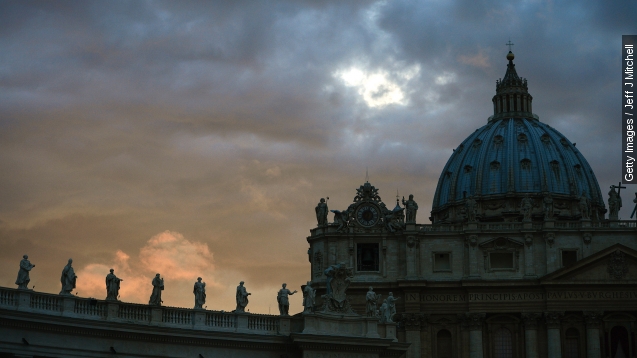 SMS
Brace For The Vatican's Entry Into The Climate Change Debate
By Evan Thomas
By Evan Thomas
June 14, 2015
Pope Francis' first encyclical, or teaching letter, is expected to focus on climate change and humanity's moral obligation to protect the environment.
SHOW TRANSCRIPT

Pope Francis' first encyclical  — a letter to the world's Catholics — is due Thursday.

A big focus is expected on man's influence on climate, the interplay between it and the world's poor, and humanity's moral obligation to protect the environment. (Video via the Vatican Television Center)

The New York Times writes, "By wading into the environment debate, Francis is seeking to redefine a secular topic, one usually framed by scientific data, using theology and faith."

The Vatican insists the encyclical is a theological message, rather than a political one.

Still, it comes as highly anticipated climate talks are set to start later this year in Paris. In January, Francis lamented what he called a lack of progress in December's Lima conference. (Video via Deutsche Welle)

Bishops are expected to be cautious with their support in the U.S., where they represent some 51 million Catholics and are wary of pushing too far into a contentious political issue.

Some from the conservative right seems to prefer Francis leave it alone, too.

"Oh, everyone's going to ride the pope now. Isn't that wonderful. The pope ought to stay with his job and let us stay with ours," Sen. James Inhofe said. (Video via The Guardian)

Oklahoma Sen. James Inhofe, chairman of the U.S. Senate's Environment and Public Works Committee, has long been vocal about his views on climate change. He's the senator who tossed a snowball across the Senate floor to illustrate the nonissue of climate change. (Video via C-SPAN)

At the same time, Pope Francis has plenty of supporters. One conglomerate of environmental activists in Brazil even put together a glitzy encyclical trailer. (Video via Observatório do Clima)

Pope Francis is also slated to address both Congress and the U.N. General Assembly on climate matters in September. (Video via United Nations)