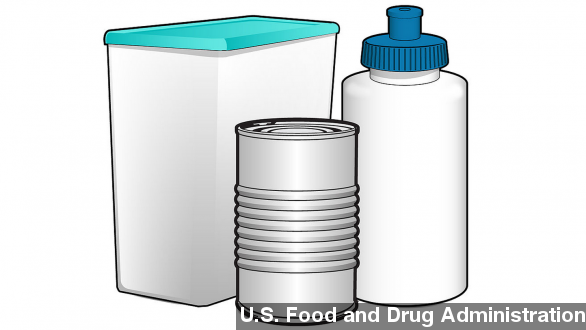 A chemical commonly found in food containers and sealants is under fire from a new study published in the American Heart Association journal Hypertension.

The thing is, this isn't the first time. We're talking about Bisphenol A, or BPA, the safety of which has been controversial for years.

According to Facts About BPA: "A sturdy plastic sometimes used in clear, hard food storage containers, and it is also used to make epoxy resins. Epoxy resins have been widely used for more than 30 years."

Epoxy resins are used as lining on the inside of canned foods like soups and vegetables so that food doesn't touch metal. (Video via Voice of America)

Previous studies have shown that BPA might be linked to reduced lung function in children, birth defects, miscarriage and increased risk of developing asthma.

In the most recent study from Hypertension, 60 people drank soy milk from either a can coated with BPA or a glass container.

Researchers believe this might mean BPA can lead to increased blood pressure, though the increase found in participants was still acceptable in a normal daily range.

The Food and Drug Administration refuses to pull BPA products off of grocery shelves for adults, saying that the small amount of BPA absorbed in the body is harmless. (Video via NBC)

BPA Coalition says, "Our body is very effective at quickly transforming these very low BPA residues into an inactive kind of sugar which we excrete via the urine rapidly."

According to a 2004 study by the Centers for Disease Control and Prevention, almost all Americans surveyed, aged 6 years and older, tested positive for some BPA in their bloodstreams, signaling widespread exposure.

This video includes an image from Katie Chao and Ben Muessing, CC BY NC 2.0.