BP Puts A Price On Its Massive Oil Spill: $61.6 Billion 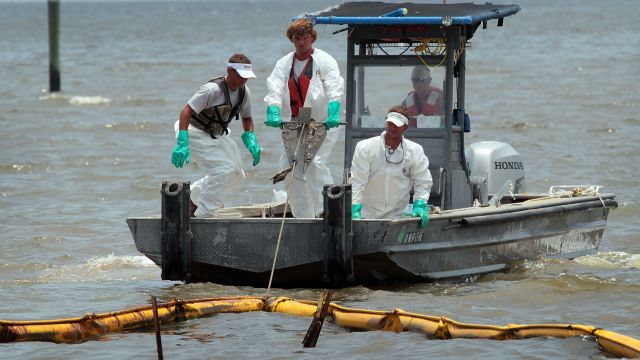 The April 2010 explosion of the Deepwater Horizon rig killed 11 BP workers and sent crude oil spewing into the ocean. Over the next 87 days, millions of barrels of oil leaked into the Gulf of Mexico.

In the years since the disaster, BP has slowly been analyzing the cost of its mistake.

SEE MORE: Volkswagen Will Pay Out Billions To Car Owners Over Emissions Scandal

Last year, the company settled on a $20 billion agreement with state and federal governments to resolve some claims related to economic damages and water pollution issues.

And last month, BP agreed to pay investors $175 million to squash accusations that the company lied about the size of the spill to protect its stock value.

But by far, the number released Thursday is the biggest. BP's chief financial officer said, "We have a clear plan for managing these costs and it provides our investors with certainty going forward."

This video includes images from Getty Images and music provided courtesy of APM.