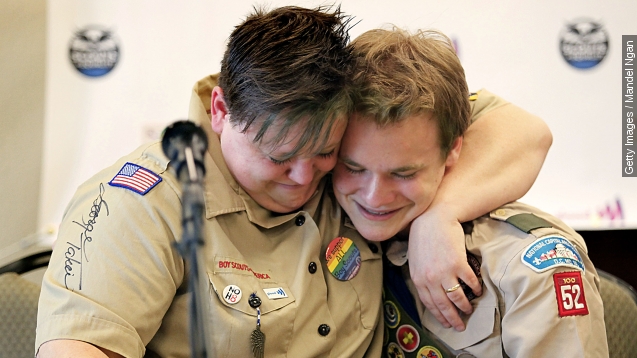 The Boy Scouts of America is being called out for its ban on gay adult leaders — by its own leader.

In his prepared remarks, Gates said, "We must deal with the world as it is, not as we might wish it to be." He also mentioned the organization needs to act sooner rather than later before "the courts simply ... order us ... to change our membership policy." He said waiting for the courts is a "gamble with huge stakes."

Gates, who is serving a two-year term with the organization, was the former U.S. secretary of defense.

Last year, the organization voted to end its ban on gay youth members but not on gay leaders.

Gates said he would not be revoking the charters of Boy Scouts councils that went against the organization's policy excluding gay leaders, specifically calling out the Denver Area Council and the Greater New York Councils.