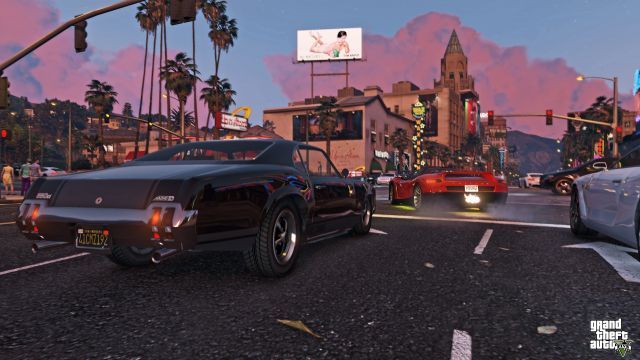 SMS
An 11-Year-Old 'Borrowed' Parents' Car To Play 'Grand Theft Auto' IRL
By Matt Picht
By Matt Picht
November 28, 2016
Police stopped the 11-year-old driver before he hurt himself or anyone else.
SHOW TRANSCRIPT

We'd like to preface this video with an important safety message from Ontario Provincial Police Sergeant Kerry Schmidt.

Schmidt said during a Periscope broadcast, "'Grand Theft Auto' is not the way to learn how to drive. So please don't try taking your parents' car if you just got all excited by playing 'Grand Theft [Auto].'"

Ontario police responding to reports of an erratic driver found an 11-year-old kid speeding along the highway. Officers chased down the vehicle and eventually brought it to a stop without a collision.

No one was hurt in the incident, but it could have ended in tragedy — the vehicle hit speeds of almost 80 miles per hour during the chase.

The 11-year-old driver told police he borrowed his parents' car to see how driving in the real world compared to handling a virtual car in "Grand Theft Auto."

Inadvisably fast driving and a reckless disregard for traffic laws are both staples of the venerable "Grand Theft Auto" series.

There's still plenty of debate over how much violent video games can actually influence a player's behavior, but this seems like a pretty open-and-shut case. Let's just hope driving habits are the only thing this kid picked up from "GTA."

Since he's a minor, formal charges won't be filed against the driver. Police say they'll leave it up to the parents to determine an appropriate punishment.