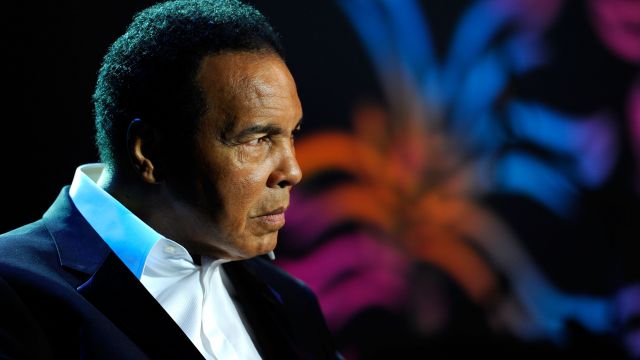 Arguably the greatest boxer of all time, Muhammad Ali has died at the age of 74.

Ali was reportedly taken to a Phoenix-area hospital with a respiratory issue in early June. At the time, a spokesperson for the former boxer said the hospital stay was expected to be brief.

But Ali's condition apparently deteriorated. Reports say his family members were later called to his side and were told he didn't have much time.

Inside and outside of the ring, Ali was larger than life. He was the centerpiece for some of the most memorable matches in boxing history.

The three-time heavyweight champion won the belt for the first time in 1964 before winning it again in '74 and '78.

"If you like to lose your money, be a fool and bet on Sonny," Ali said on TV host Steve Allen's show.

But Ali, who was born with the name Cassius Clay, was known for much more than being the champ.

Ali was stripped of his belt and his boxing license in 1967 for refusing to join the Army during the Vietnam War. He couldn't box professionally for nearly four years while he battled his way through the court system.

Ali's last fight was in 1981, finishing his career with 56 wins, five losses and 37 knockouts.

A few years later, "The Greatest" was diagnosed with Parkinson's disease at the age of 42. The disease greatly affected his speech and muscle movement.

Late in his life, Ali was in and out of the hospital for other health issues, too.

This video includes images from Getty Images and the Library of Congress and clips from KNXV, ESPN, PBS and Al Jazeera.