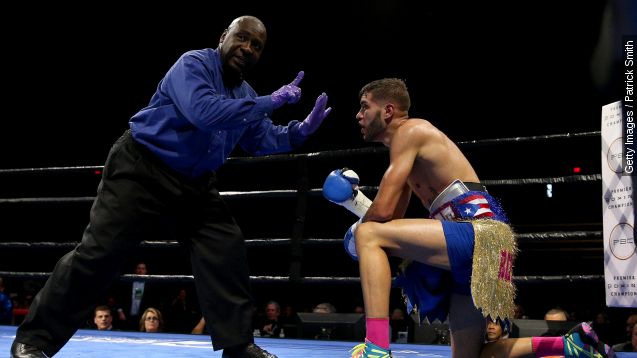 Boxer Prichard Colon is in critical condition after his super-welterweight bout Saturday with Terrel Williams.

According to BoxingScene, Colon complained about dizzy spells during the match, and shortly after the contest ended, he was transported to a hospital in Virginia.

Doctors discovered bleeding on the left side of his brain, which required emergency surgery. Colon is currently in a medically induced coma.

Boxing promoter Lou DiBella called for support for Colon, tweeting, "Everyone in boxing, everyone at MSG, please join me in praying for Prichard Colon, a wonderful young man, and his family. Time to unite."

The 23-year-old Puerto Rican fighter was undefeated until Saturday. Colon was disqualified from his fight Saturday after prematurely taking off his gloves at the end of the ninth round. (Video via Gillette World Sport)