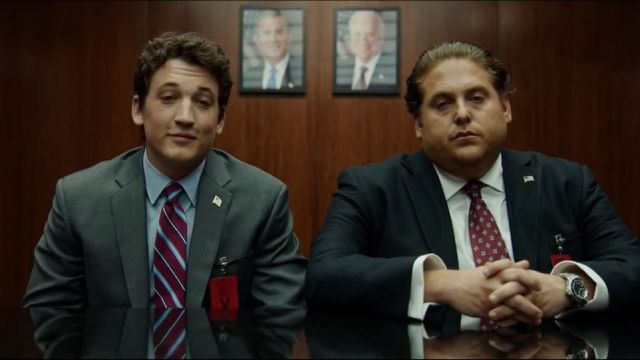 SMS
Box Office Top 3: Questionable Morals Of 'War Dogs' Turn Critics Off
By Jamal Andress
By Jamal Andress
August 21, 2016
Out of three new releases, the only one to crawl its way near the top is "War Dogs," bringing in an estimated $14 million.
SHOW TRANSCRIPT

With three new movies out this weekend, you'd think the box office top 3 would look different — but it doesn't, really.

"Suicide Squad" is holding the No. 1 spot hostage for the third week in a row, bringing in an estimated $20 million. After three weeks in theaters, the film is well past a half billion worldwide, with more than half of that money coming from overseas.

But it really helps when your potential competition bombs at the box office. "Ben-Hur," which cost the folks at Paramount Pictures about $100 million to make, brought in $11 million this weekend — it's the worst debut of the three new releases, barely making it into the top 5.

Seth Rogen's "Sausage Party" is still going strong, bringing in an estimated $15 million and taking the No. 2 spot this week. The crude animated comedy is having the best return on investment of all the movies from this month. After just two weeks, its box office total is more than triple the production cost.

The only new release to crawl its way into the top 3 this week is "War Dogs," bringing in an estimated $14 million.

"War Dogs" is similar to "Wolf of Wall Street" in that it tells the real-life story of a morally questionable person without getting into all the real-life damage they caused.

That lack of moral compass — combined with way too much voiceover — has pushed "War Dogs" to a below-average Rotten Tomatoes score from critics, but audiences seem to like the film just fine. Go figure.

As for next weekend, Usher unfortunately is acting again — he's in "Hands of Stone."