Box Office Top 3: The Latest 'Bourne' Will Give You Serious Déjà Vu 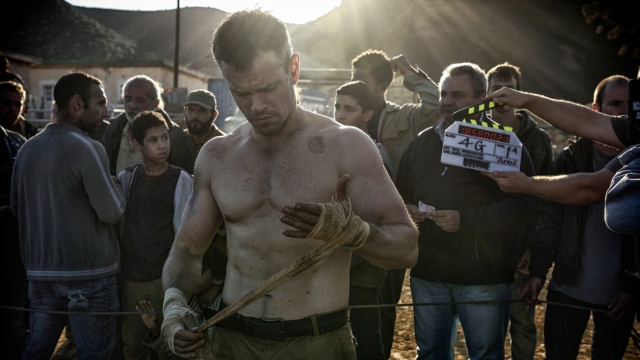 SMS
Box Office Top 3: The Latest 'Bourne' Will Give You Serious Déjà Vu
By Jamal Andress
By Jamal Andress
July 31, 2016
With a $60 million opening, it looks like audiences still want more Bourne — despite this being the fifth installment in the franchise.
SHOW TRANSCRIPT

Taking the No. 1 spot this week is another Jason Bourne movie, bringing in an estimated $60 million. Matt Damon has officially reprised his role as the brainwashed badass four different times, but this one's different, right?

"There's a guy who is this former special ops guy who has a spotty memory and is trying to figure out what happened in his past and as part of that, he's got to take down a black ops organization like he's done three times before," Rotten Tomatoes' Matt Atchity said.

Okay, so it's not different. But that didn't stop it from doing relatively well at the box office. "The Bourne Ultimatum," the third film in the group, had the best debut with a $69 million weekend, but this latest Bourne isn't far behind.

That means there's no telling how many more times Damon will "know everything." Speaking of knowing everything, did anybody tell Jeremy Renner that Damon was back? Somebody should really let him know.

Falling from No. 1 to No. 2 this week is "Star Trek Beyond," bringing in about $24 million and pushing its worldwide total past $160 million. And while that's still not enough to break even for the legacy franchise, it was good enough to beat out this weekend's other major release.

Taking the No. 3 spot this week is "Bad Moms," bringing in an estimated $23 million — a solid opening for an R-rated flick with a $20 million budget.

It's also the first major release starring Mila Kunis since the very expensive 2015 disaster "Jupiter Ascending." Hopefully Kunis will steer clear of the sci-fi genre for a little while.

As for next week, if "Suicide Squad" is awful, I'm gonna hurt everyone really, really bad.