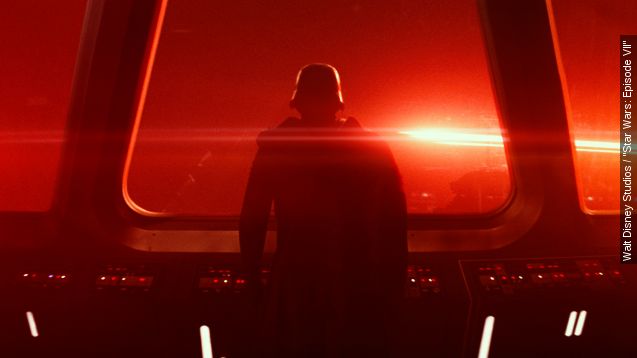 SMS
Box Office Top 3: 'Star Wars' Makes $1B In Less Than 12 Parsecs
By Matt Picht
By Matt Picht
December 27, 2015
"Star Wars" had such an excellent second week that there aren't many records left for the film to break.
SHOW TRANSCRIPT

Guess which movie is No. 1 at the box office this week. Go on. Guess.

Got that right. Jennifer Lawrence, Mark Wahlberg, Wills Ferrell and Smith — no one could stop "Star Wars: The Force Awakens" from raking in $153 million more and claiming the top spot in theaters again.

The new "Star Wars" film broke yet another record, reaching $1 billion in ticket sales faster than any other film. The previous record-holder, "Jurassic World," hit $1 billion after 13 days, but "Star Wars" did it in 12.

"Star Wars" still has a ways to go before it wrests the crown for "highest-grossing movie ever" from James Cameron's "Avatar." But the film's collection of shattered records practically deserves a movie of its own.

And this thing still hasn't released in some countries. Anyway, on to No. 2.

Pitting Will Farrell against Mark Wahlberg turned out to be the winning formula in a holiday weekend full of star-studded debuts, although wide distribution and few big comedic competitors probably helped give this film the edge.

And in third place, the proven combination of Jennifer Lawrence and director David O. Russell proved good enough for third place this time, with their new film "Joy" bringing in $17.5 million in its debut weekend. (Video via 20th Century Fox / "Joy")

Jennifer Lawrence's performance is still getting full marks, but critics and audiences apparently weren't as keen on this real-life adaptation as they have been with Russell's past work.

As for next week — yeah, all right, it's technically debuted already, but this is the first chance most of us will get to see it. (Video via The Weinstein Company / "The Hateful Eight")