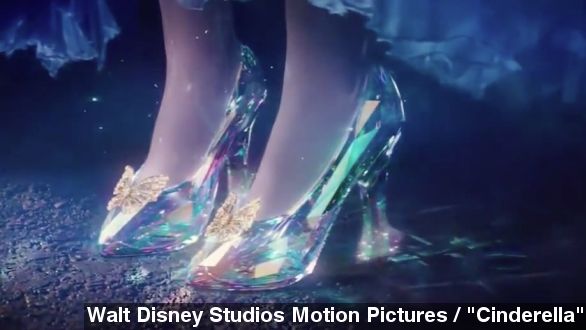 There are two things in film that will never get old: Disney princess' and Liam Neeson's particular set of skills.

"Before this night's over, I will kill you."

Aww shut up, Liam! You said that last time.

Proving that I am the only person in the world sick of princess movies, "Cinderella" brought in a massive $70 million,while boasting an 83% approval rating on Rotten Tomatoes and giving Rob Stark something else to get interviewed about.

Jimmy Kimmel said during an interview, "Your character Robb Stark was brutally murdered at a wedding of all places."

Along with the $70 million "Cinderella" managed to pull in domestically, the Disney classic brought in another $62 million overseas – putting the film more than $30 million in the black before its debut weekend is even over.

So it turns out there is something to be said for telling a good-ole fashioned fairy-tale, even if it's the exact one, over and over again: animated Cinderella, awkward Cinderella, Moesha Cinderella, Disney Channel Overload Cinderella... (Video via YouTube / Disney)

And with that, you know him from Taken 1, Taken 2, Taken in the Snow, Taken on a Plane, Taken among the Tombstones and Taken 3, and now he's back doing even more improbable stuff.

Liam Neeson's "Run All Night" takes a distant second at the box office, bringing in an estimated $11 million and possibly serving as the last stand for the (and I'm being generous here) old as hell action star.

The original "Taken" cost $25 million to produce but ended its lifespan at the box office with $226 million in global sales, thus pushing Neeson's skills into as many action movies as humanly possible. Not only that, but it got everyone in the retirement home up grabbing their gun.

From Sean Penn's "The Gunman" to Denzel Washington's "The Equalizer," it seems Neeson has started a trend that he may have already worked himself out of. While "The Equalizer" turned out to be one of Denzel's most profitable movies on record, "Run All Night" is Neeson's worst opening weekend in years.

It's hard to say exactly why "Run All Night" faired so badly among moviegoers, but one theory is "Taken" fatigue, and while Neeson may not have called it quits on action movies just yet, he's considering it.

The actor told USA Today, "If I feel audiences saying, 'Come on, he's 62, enough is enough,' I'm very sensitive to that and if I pick up that vibe it will all stop. And I'll start playing dads or grandfathers."

I doubt Neeson goes from fighting 30,000 feet up to a rocking chair, but the cold reception for "Run All Night" could be the vibe Neeson was referring to. On to number three.

Showing perhaps the best legs of any February release is "Kingsman: The Secret Service" bringing in an estimated $6.2 million and remaining in the top three for four out of five weeks since its release.

As for next week, she's still not Jennifer Lawrence but she does have short hair now.