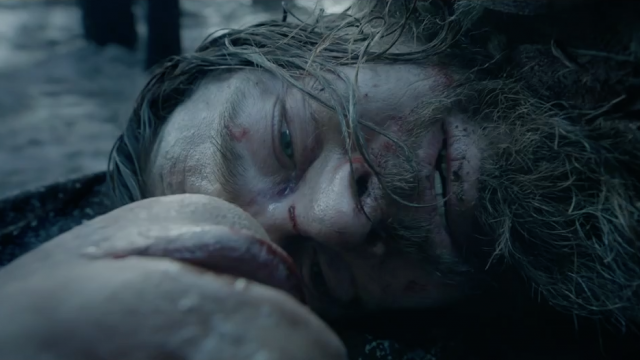 SMS
Box Office Top 3: 'Revenant' Fends Off 3 Newcomers And A Winter Storm
By Jamal Andress
By Jamal Andress
January 24, 2016
Since its wide release three weekends ago, "The Revenant" has stayed in the top three at the box office and done way better than experts expected.
SHOW TRANSCRIPT

Life imitated art at the box office with Winter Storm Jonas shutting down theaters all over the country and "The Revenant" still managing to bring in $16 million and take the No. 1 spot.

Since going wide three weekends ago, "The Revenant" has managed to stay in the top three as well as put together a very successful run at the box office.

In fact, this is one of the most profitable years in history for the Academy’s Best Picture nominees.

Thanks to the box office success of "Mad Max" and "The Martian," this year’s list of nominees is the sixth highest grossing group ever.

Some food for thought, though: If "Star Wars" had made the best picture nominee list (like many think it should have) instead of, say, "The Martian," 2016's nominees list jumps to No. 2 all-time.

Speaking of a galaxy far, far away, even after six weekends at the box office, "The Force Awakens" remains in the top three, bringing in an estimated $14 million and beating out not one, not two but three new nationwide releases this weekend — all of which couldn't crack the top three, and for good reason.

Taking a dramatic drop at the box office this weekend is "Ride Along 2," bringing in an estimated $12 million.

The $12 million weekend represents a 63 percent drop at the box office which, considering the snow and the Rotten Tomatoes score, isn't necessarily surprising. That said, it could cut any chance of legs "Ride Along 2" may have had. (Video via Cube Vision)

As for next week, a bad movie gets an even worse two-hour parody.