Box Office Top 3: Not Even Clooney Can Save 'Tomorrowland' 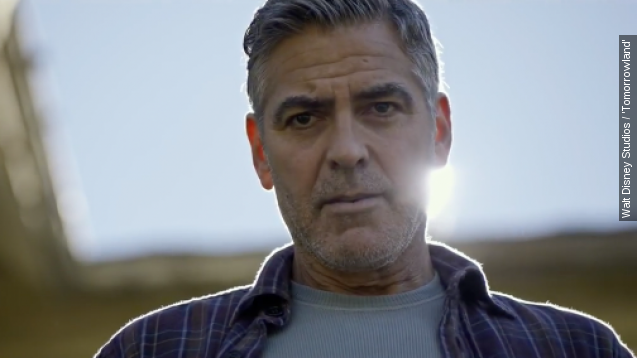 SMS
Box Office Top 3: Not Even Clooney Can Save 'Tomorrowland'
By Ben Lawson
By Ben Lawson
May 24, 2015
Even at No 1. for the weekend, "Tomorrowland" didn't exactly take off at the box office, while "Pitch Perfect 2" has a solid second weekend.
SHOW TRANSCRIPT

You know it's a dull weekend at the box office when the combined powers of Disney and George Clooney can't even make a splash.

Capturing the No. 1 spot at the box office is "Tomorrowland." Disney's latest attempt to take product placement to another level brought in $32.2 million in its opening weekend.

The movie cost about $180 million to make so it's not exactly on the road to profitability. The purposely vague trailers could have something to do with the poor turnout.

"It was like 'Tomorrowland: What is it, Why is it? Coming this May.'" said YouTube film critic Jeremy Jahns.

Director Brad Bird was likely hoping the ambiguity would lead to a more satisfying experience in the theater, but a lot of reviewers think it missed the mark.

"It's a movie that I loved for about two-thirds of it. Then it's like what in God's name are you guys doing?" said Mark Ellis of Schmoes Know.

"The third act really derailed for me. ... It felt like a complete U-turn from the type of film we were experiencing before. I appreciate the message being promoted it just didn't work in this movie," said YouTube film critic Chris Stuckmann.

Most critics seem to agree that although Clooney and the film's star Britt Robertson give solid performances in an otherwise exciting and unique movie, a weird change in tone deflates the ending and will likely rob the film of the word of mouth buzz it desperately needs.

Despite coming in second place with $30.3 million, "Pitch Perfect 2" kinda feels like the box office winner.

The movie's worldwide total so far is $135 million, well beyond its $40 million budget. And considering it's only the second weekend in theaters, the movie probably still has a ways to go before it fizzles out.

You have to wonder, will this kind of success lead to the world's first a cappella trilogy? Not sure how to feel about that.

Rounding out the third spot is the gleefully-violent "Mad Max: Fury Road" with $23.8 million. Despite the absence of a strong story, this movie remains a critical and audience favorite according to Rotten Tomatoes.

Next week, Melissa McCarthy puts Daniel Craig out of a job in "Spy."