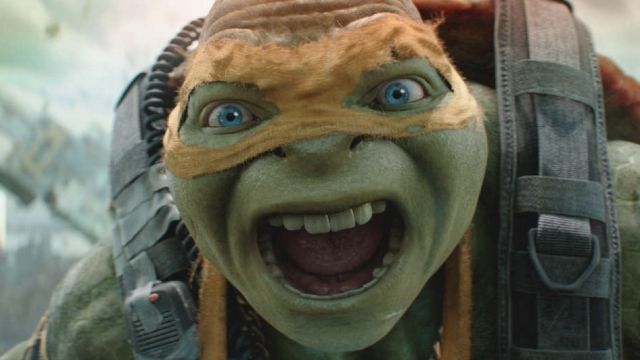 SMS
Box Office Top 3: Nostalgia Fatigue Hurts 'TMNT: Out Of The Shadows'
By Jamal Andress
By Jamal Andress
June 5, 2016
Donatello, Leonardo, Michelangelo and Raphael are back on the silver screen, but the Khaleesi is the only one who managed to break even this weekend.
SHOW TRANSCRIPT

I wanna speak for all the '90s kids across the country: We are not seeing anymore reboots! We've been hurt one too many times.

Donatello, Leonardo, Michelangelo and Raphael are back on the silver screen, taking the No. 1 spot this week with an estimated $35 million debut. But "Teenage Mutant Ninja Turtles: Out of the Shadows" needs about $100 million more before the sequel breaks even.

2014's TMNT live-action film brought in nearly double what "Out of the Shadows" managed this weekend, but that's not because it was a better movie. Nostalgia dragged myself and many others to the theater to watch what we knew was a bad flick.

And while that worked the first time, it's a bit harder to pull off twice — which is at least one reason "Out of the Shadows" struggled at the box office this weekend. The other reason is a little more simple:

The crime-fighting turtles still couldn't manage a passing grade on Rotten Tomatoes, but everyone seems to agree this one is better than the last one. So ... cowabunga.

Dropping to No. 2 this week is "X-Men: Apocalypse," bringing in over $22 million. Foreign ticket sales are proving to be the saving grace for Professor X and company. The worldwide total for "X-Men: Apocalypse" is just over $400 million — $286 million of that from outside the U.S.

Taking the No. 3 spot this week is a much more gentle Emilia Clarke in "Me Before You," bringing in about $18 million in its debut. With a $20 million production budget, it didn't have nearly as far to go to make its money back as the Teenage Mutant Ninja Turtles sequel.

On the other hand, Andy Samberg's "Popstar" movie just flopped.

As for next week, gamers take over your local theater.