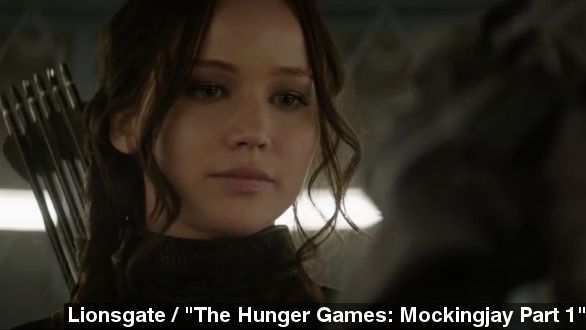 Occasionally there are great weekends at the box office with so many great movie options you just want to spend your whole day at the theatre. This is not one of those weekends.

In an uncontested weekend, "The Hunger Games: Mockingjay Part 1" took the number one spot bringing in an estimated $21 million during its third weekend.

While Mockingjay hasn't yet passed "Guardians of the Galaxy" as the highest grossing film of the year, it definitely could.

Chris Pratt and the gang brought in $332 million in the U.S. box office before heading to DVD, and — similarly to these past three weekends for Mockingjay – Guardians of the Galaxy benefited at the box office from weak releases around its debut.

New releases like The November Man and If I Stay weren't strong enough to knock Guardians of the Galaxy from its perch giving the Marvel film great legs in its fourth fifth and sixth weekend.

Mockingjay has now spent three weeks in the number one spot. Guardians of the Galaxy spent four weeks at number one.

"The Penguins of Madagascar" had another disappointing weekend, despite being number two at the box office. The Dreamworks film brought in an estimated $11 million making its total gross a little less than $50 million.

This is by far the worst performing film in the franchise. All three of the Madagascar flicks opened with at least a $45 million weekend.

Lastly, cracking into the top three for the first time is "Horrible Bosses 2" bringing in an estimated $8.6 million in its second weekend at the box office.

This adult sequel is also underperforming with many calling the humor a little too crude for the Thanksgiving holiday when it was released.

The Wrap writes, "There's never been a really good opening for an R-rated comedy on Thanksgiving. That “Horrible Bosses 2” established a new record — ahead of the $12.3 million that “Bad Santa” debuted with in 2003 — says plenty about how tough it is."

While this weekend didn't offer much for movie goers next week should be much much better.

And Chris Rock gets every black comedian in one movie.