Box Office Top 3: Marvel Studios Has Made $10 Billion In 8 Years 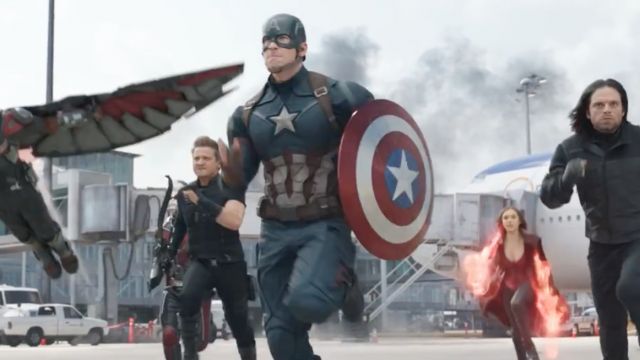 Marvel's Captain America continues on its warpath at the box office and manages to put DC Comics to shame ... again.

Holding on to the No. 1 spot in its sophomore weekend is "Captain America: Civil War," bringing in an estimated $72.6 million and flying past $900 million worldwide.

With the addition of "Captain America: Civil War," Marvel has brought in more than $10 billion worth of ticket sales worldwide in eight years.

And while live-action DC movies have been around as long as Marvel-based films, they aren't enjoying the same box office success.

For all the fanfare around "Batman v Superman," Marvel's latest has seemingly beaten the blockbuster in every way after just three weeks.

For one, "Civil War" now has a larger worldwide box office total than DC's latest — and "Batman v Superman" has been in theaters for six more weeks. Cap also has a much higher Rotten Tomatoes score than Bruce and Clark.

And with that, on to No. 2: Mowgli just won't go away. "The Jungle Book" stays in the top three for a fifth consecutive week, bringing in an estimated $17.8 million. That puts the live-action reboot at almost $312 million domestic and $828 million worldwide.

And last, but not least: Taking the third-place spot is the only wide release of the weekend, "Money Monster," bringing in an estimated $15 million and giving Jim Cramer a full head of hair.

As for the quality of the film, that's another issue entirely. "Money Monster" only carries a 56 percent Rotten Tomatoes score.

Despite the blatant parallels with CNBC, "Mad Money" and the American financial system, critics say the film bails on giving the complicated resolution the premise calls for, opting instead for a simple whodunit conspiracy.

"It doesn't have the guts to be an indictment of the system; it's just about this bad person who did bad things with your money," What the Flick's Alonso Duralde said.

Fortunately, the Wall Street thriller only cost $27 million to produce, so the $15 million debut is just enough to make it worth Warner Bros.' while.

As for next week, a sequel we all saw coming but couldn't stop.