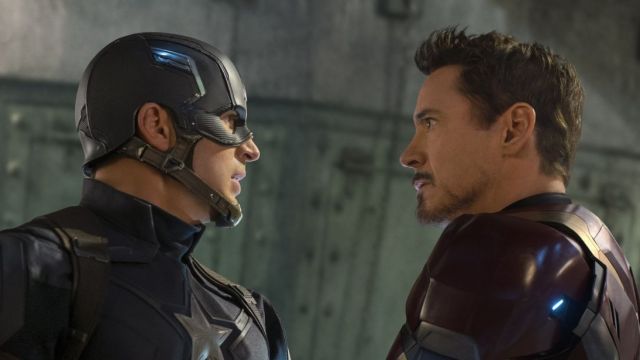 SMS
Box Office Top 3: Marvel's 'Civil War' Kicks Off Summer With Big Debut
By Jamal Andress
By Jamal Andress
May 8, 2016
Disney keeps its hold of the No. 1 spot with a new blockbuster movie.
SHOW TRANSCRIPT

You know that saying: "If it sounds too good to be true, it probably is"? Welp, it doesn't apply here.

It's not really summertime without Disney making a boatload of money off a Marvel movie. Taking the No. 1 spot in dominating fashion this week is "Captain America: Civil War," bringing in over $181 million. That's the fifth-largest domestic debut of all time.

For those keeping score, that makes three of the top-five biggest debuts ever Marvel films. This Captain America box office performance exceeds the other two standalone Cap movies by quite a bit.

But considering there are at least 10 different heroes in this flick, this is essentially another Avengers film — which brings me to the most impressive thing about this movie. With so many characters and so many storylines, "Captain America: Civil War" manages to make everything matter.

Where "Age of Ultron" force-fed some characters and scenes to the audience, "Civil War" manages to make Spider-Man, Black Panther and Ant-Man all fit naturally, which is at least one reason why it carries such a high Rotten Tomatoes score.

Last thing, and I really can't emphasize this enough, the airport scene alone is worth the price of admission.

Finally falling from No. 1 is another Disney blockbuster. "The Jungle Book" falls to the No. 2 spot, bringing in an estimated $21.8 million and pushing its worldwide total to more than $776 million.

Undoubtedly gaining some steam from the holiday weekend is "Mother's Day," which earned about $9 million, taking the third-place spot.

But he also made "Pretty Woman," so I guess all is forgiven.

As for next week, Jim Cramer's worst nightmare.